No cultural institution is more intimately familiar with how music and the holidays are bound at the festive hip than the Fort Worth Symphony Orchestra. And so, let's prance along in chronological order as one of Fort Worth's oldest and most esteemed cultural entitites serenades us through the holidays.

Beginning with, and most appropriately titled, Home for the Holidays (November 29-30), where the Fort Worth Symphony Orhestra will share the Bass Performance Hall stage withy not only the Texas Boys Choir but also the Southwestern Seminary Master Chorale. Never shy about making one meterological prediction, the Fort Worth Symphony Orchestra also guarantees that concert attendees will feel the comforting presence of inside snow flurries.

Handel first debuted his Messiah in 1742 and it's been all but permanently associated with the winter holidays ever since. On December 2, the Symphony Orchestra, again in tandem with the Southwestern Seminary Master Chorale, will bring all of Handel's soaring brilliance to the Bass Performance Hall stage.

Christmas with the von Trapps says it all in the title - evoking the name of the great singing family so immortalized in 1965's The Sound of Music. The great-grandchildren of the imperious captain von Trapp, and his beloved, Maria, have assumed the mantle of the clan so heroically portrayed in the film. They will bring their special touch with both American and Austrian holiday-time songs to the Bass Hall stage December 4. 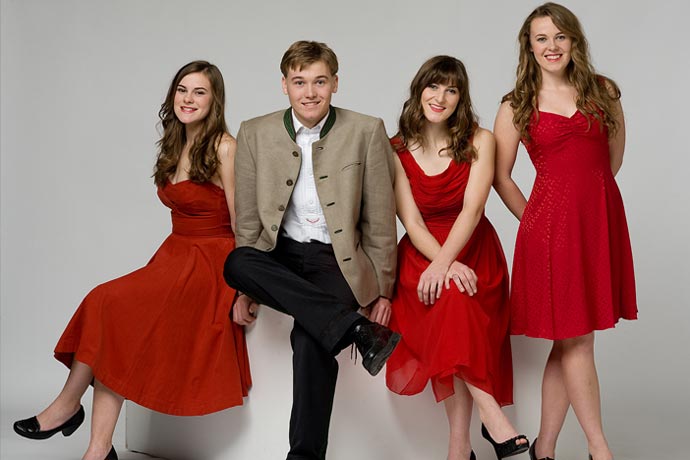 And finally, it is Fort Worth's equivalent of that big Times Square ball slowly descending marking the passage of yet another year: The Fort Worth Symphony Orchestra's Swingin' New Year's Eve at the Bass Performance Hall. Whether its a hopping performance of Count Basie's One O'Clock Jump, or that standard of all standards, Sing, Sing, Sing, or equally recognizable melodies by everyone from Glen Miller to Henry Mancini and Frank Sinatra, the Symphony Orchestra, under the baton, and drums playing, of conductor Mike Berkowitz, joined by vocalists, Lisanne Lyons and Tony Babino, will have all concert attendees dancing and prancing into the New Year.

Details: Home for the Holidays, November 29-30 (two performances on the 29th); The Messiah, December 2; Christmas with the von Trapps, December 4; Swingin' New Year's Eve, December 31. All performances at the Bass Performance Hall. For more information: 817-665-6000; www.fwsymphony.org.