The Fort Worth Stockyards is a glimpse into our city's rich cattle and ranching heritage, and the area's nightlife keeps much of that Cowtown flavor. Here, you're more likely to find a saloon than a bar and a honky tonk than a music hall.

On any given weekend night, the place is bustling. With the nearest parking garage being in downtown, parking in the Stockyards isn't always easy, but it's doable with street parking or by taking advantage of several $5 parking lots. 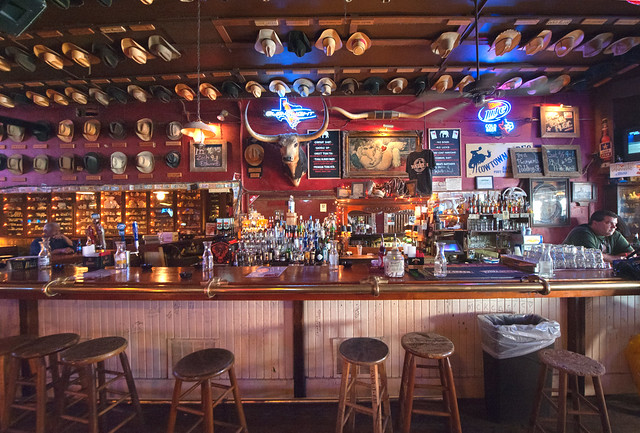 Once you find Main Street and East Exchange Ave you're in the center of the action. On a recent visit, the scene reminded me of a large block party. Most men were in full cowboy regalia with cowboy hats and oversized belt buckles being the norm. Our first stop, the White Elephant Saloon, was crowded and lively. As a local band was setting up, groups of revelers piled into long picnic tables, ordered beers, and picked up food orders from Tim Love's Love Shack next door. The saloon had one of the quirkier bar decor layouts I've ever seen with dozens of cowboy hats lining the ceiling along with the famous (former) owner's name. Scott Burgess and the Gringo Kings took the stage with some classic country tunes with some off-color and hilarious lyrics. By 8pm the place was standing-room-only.

Across from Main Street you'll find another hotspot, the Whiskey Girl Saloon. Like the White Elephant Saloon, the draw here is the music. Whiskey Girl is light on the decor and heavy on the dance space, which makes it one of the better spaces to boot scootin' boogie. The best way to keep up with their music lineup is on their Facebook page. 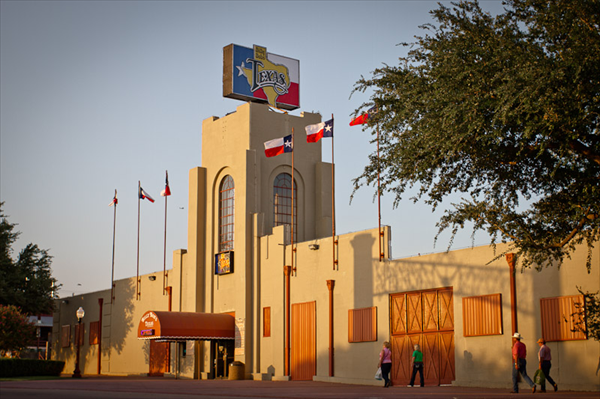 There's no shortage of live music spots in the Historic Stockyards area. We ended our night in one of several less glitzy bars. The Basement Bar had no cover, $2 cans of Lone Star and Bud Light, plus a nice selection of Rahr & Sons Brewing Company seasonal beers. There weren't any bands playing that night and no one was dancing, but the bar offered a nice break from the action outside. I might have to learn the Texas Two-Step and try this area again.